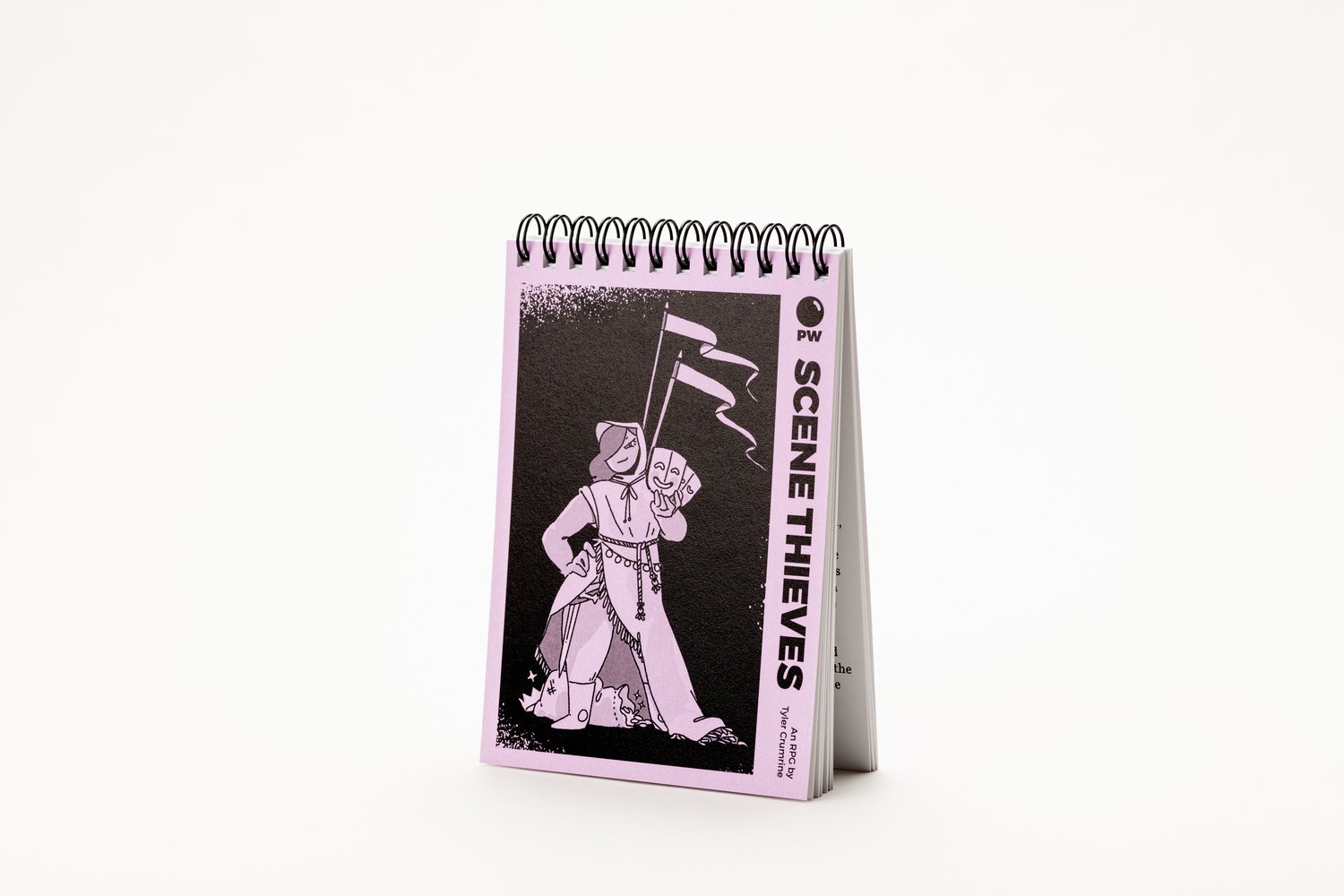 Scene Thieves is a theatrical roleplaying game where players collaboratively “write” a play while simultaneously choreographing an elaborate heist in the background.

During the game’s pre-show, players create a band of thieves who use theatrical performances as cover for their crimes. Players also establish broad strokes for the game’s show before writing down a variety of props on notecards. Then, it’s showtime. In Act I, everyone draws prop cards from a pot and incorporates them into the progression of both the play and the heist. At Intermission, players take note of whether the evening is trending towards comedy or tragedy. In Act II, they have a final chance to reverse their fates before the end of the game.

Scene Thieves is printed as a sturdy, 4x6", 25-page wire-bound notebook, and modifications are included for online play. A PDF-only copy of the game can be bought at a discount on itch.io.

For a complimentary PDF, forward proof of physical purchase.